The fragrance that moves them 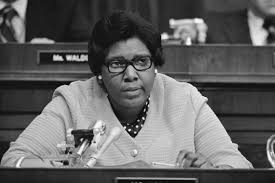 For the entire month of February I want to invite you on my website to read our blog and learn about these unsung black and queer sheroes and heroes in our society who have and are making a difference in our communities. From famous poets, novelist, activists, politicians, and pop culture icons, we celebrate these individuals and commend their efforts to portray authenticity and what it means to live your truth.

When I was in school it seemed that I would always gravitate towards Langston Hughes for any report I would do in my English class. This brilliant poet, novelist, playwright, and social activist was essentially one of the innovators of a new literary art back then, which was called Jazz Poetry. Basically, his work dealt with racial discrimination & queerness. A lot of Hughes' most popular work was in the period of the Harlem Renaissance - an artistic explosion of different cultural expression for Black people. One of my favorite perfumers, Chris Collins, may be able to relate to this as his fragrance collection is inspired from the Harlem Renaissance. Aside from his amazing poems like "The Negro Speaks of Rivers," (which, I must add that I used to be able to recite perfectly in poetry competitions in high school) his sexuality was a bit controversial as was mine considering I grew up in a small town in Kentucky. Basically, a lot of academics believed he was gay, as his poems had gay codes within them. For instance, his story titled "Blessed Assurance" talks about a father's anger over his son's queerness. Thankfully I never had to experience that. However, his biographer Aldrich argues that he remained closeted in a bid to retain the respect from different organizations & Black churches.

We imagine having to deal with being gay at a time when it wasn't accepted, as well as being subject to discrimination because of his race. If Langston Hughes was alive today in the midst of his spirit, he would love the scent Turbulent.  With notes of patchouli, sandalwood, and vetiver, Turbulent illustrates those destined to live powerful lives and manifest greatness and perfection even in the midst of chaos.

If you haven’t watched Rupaul’s Drag Race on TV, I must say respectfully to “GET YOUR LIFE!” Rupaul Andre Charles is a fabulous American drag queen, actor, singer, model & poet.  Known as the world's famous drag queen, he produced and directed his own popular reality competition series: Rupaul's Drag Race.  On top of the six Emmy’s he has won over the past years, Rupaul has had a lot of success in every aspect of his career and has made a huge impact in the LGBTQ community by creating a wider exposure for drag queens into the mainstream culture.  However, one of the best parts of his ventures was his talk show in the 90's called, The Rupaul Show.  I will never forget just about 5 years ago I asked my father if he ever heard of Rupaul and his exact words were: “What do you know about Rupaul? He’s from the old school.”  Yes, my father was a viewer of the 90’s show that centered on speaking openly about topics like female empowerment, misogyny, Black empowerment, liberal politics & promoting equality in the LGBTQ community.

Through drag, Rupaul pioneered the visualization of identity stereotypes by mocking them and giving a voice to trans women on his Drag Race show.  Also, Rupaul is definitely indifferent to specific pronouns, thus, he can be called he/she/they.  We think Rupaul will rock the Onyx fragrance quite well because of his versatility, multi-layered personality, and steadfast persona in fighting discrimination. These bold notes of bergamot, white pepper, and Tahitian vetiver will make you stand tall and ready to seize any day!

Barbara Charline Jordan was an American Lawyer, politician, educator and a leader of the civil rights movement. She made a lot of strides in her political career, and as such, had many recorded firsts. For instance, she was the first African American to be elected to the Texas senate, and the first Southern African American woman elected to the United States House of Representatives. Also, she was the first African American and first woman to offer a keynote address at the Democratic National Convention. However, an interesting fact you should know is that this super woman was a closeted lesbian.  Barbara Jordan was in a 20 year- old relationship with her only ever recorded partner, Nancy Earl. This fact was brought to light after her passing from pneumonia.

The fragrance for this LGBTQ Black icon is Mention.  Not only is her name always worth mentioning in the history books as an inspiration to Black and  queer folk all over the world, but Mention signifies fresh energy. I’m sure and can only imagine what this woman brought to the table as a young Black and queer politician.  With notes of pineapple and Moroccan jasmine, this scent will leave you wanting to know more of such a powerful individual such as Barbara.Janelle Monàe


The beautiful Janelle Monàe is an American singer, songwriter, actress, producer, and rapper known for her undeniable talent and unconventional outfits. This queer beauty is free and has been outspoken about her sexuality and considers herself "a free-ass motherfucker."  She earlier identified as a bisexual, however, according to her, after she read on pansexuality, she confirms she identifies with that as well.  It’s funny becuse just the other day I was talking about Janelle to close friend and of mind and she says, “ I’m channeling my inner Janelle, I think im pansexual”. I will say that I have such great friends!. Just this year in January 2020, she came out as non-binary on Twitter.  Her music is definitely unlike anything you've heard before.  In 2011, she mentioned in an interview that she only dated androids.  When asked about this, she explains further, saying it is a blanketed term for gays or lesbians.  She went on to say this is because she needed her fans to relate with her music and know that she understands.

Janelle is absolutely loud and proud of her sexual fluidity and seeks to educate more people about it. Thus, her fragrance would definitely be Desire, because she is free-spirited and non-conformal.  With notes of pinot noir grapes, hazelnut, and ambergris, this fragrance is the epitome of fluid beauty and the desire to love anyone beyond no bounds.